The latest Puma Thunder Desert about to hit the shelves 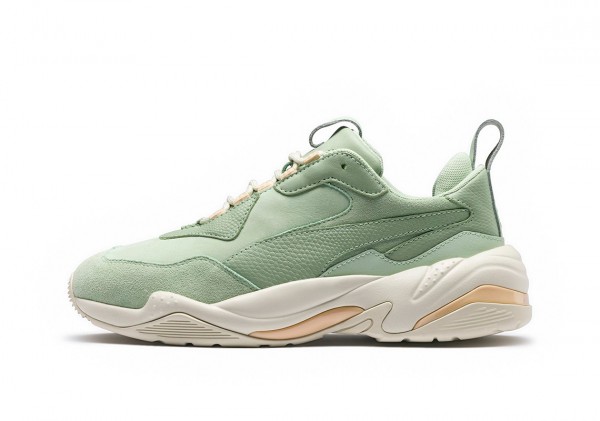 Think about this year as the year of the dad shoe. From sportwear brand to high end luxury house, everyone took their own turn on the chunky sneaker. While Puma has been the latest adiddion to the movement the german sportswear brand has resulted in a number of the years best dad shoes after succesfully selling out their Spectra and Thunder releases in the time of an eye-blink. Puma is not backing down right now, adding a new model to the party. The Thunder Desert seems nearly identical to to the other silhouettes but different from the tooling and the colorblocking. While the women models hit in a sublte but subdued Mint and nude "Natural Vachetta" the mandem can be excited for a solid black and white colorway realeasing a bit later. The original Spectra came along in a classic mesh and leather combination which is now switched out to a beautiful suede leather pattern.

The Mint and Particle Beige colorways release on 02.08.2017 In-Store and Online at Animal Tracks.

Hit this Link and sign up for the release notification: